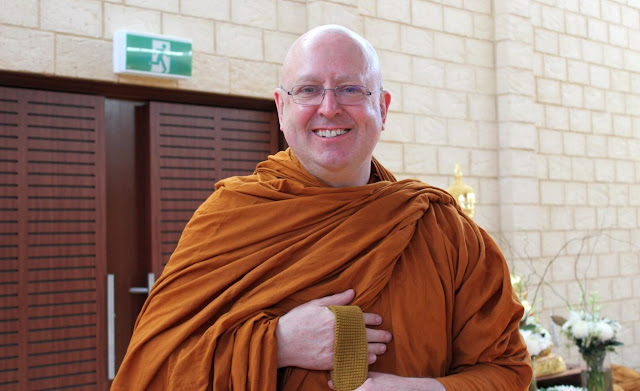 Ajahn Brahmavamso ,the popular Buddhist teacher to a growing international audience eager to learn teach inquest of meditations , will speak at the Prime Minister’s auditorium at Temple Trees on November 06 and 07 Ajahn Brahm society – Sri Lanka branch announced this week.
Born  in  London as Peter Betts’ Ajahn Brahmavamso graduated from Cambridge University after obtaining a scholarship to study theoretical physics .He joined the Buddhist Society at Cambridge and after a short stint at teaching, was ordained as a monk in Thailand’s   Wat Saket in 1974.
He practiced meditations in Thailand under forest traditions and moved to Australia.
According to statement issued by the Ajahn   Brahm Society – Sri Lanka, Ajahn Brahmavamso will speak on Nov. 6 from 5 p.m.  To 6.15 p.m. and on Nov. 7 from 3 p.m. to 5 p.m. It will be free seating on a first come first served basis. 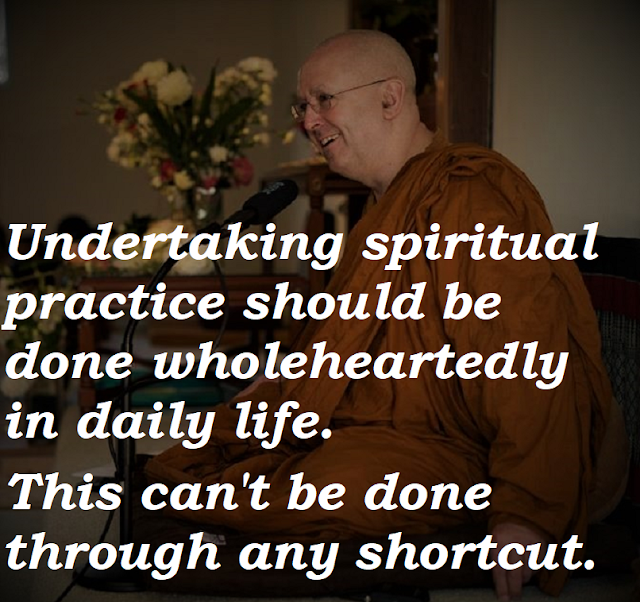 Those interested in participating can obtain their passes by calling the society’s helpline   0777 666 886 or emailing abs.sl. events@gmail. com.   to reserve a pass. The Society adds that those attending will require identification.
From 2006, Ajahn Brahmavmso spearheads the Jhana Grove Meditations Center, a world renowned meditation retreat.
456 Views
Share this on

Sigiriya to be made a ‘no-polythene’ zone