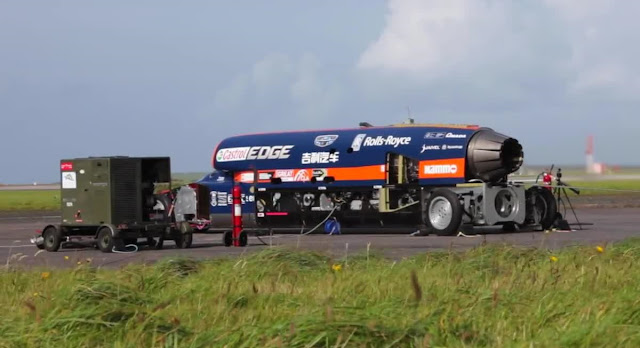 Footage has been released showing the incredible power of the fastest car in the world ahead of a 1,000mph speed record bid.

The Bloodhound supersonic car arrived at Cornwall Airport Newquay in September ahead of its maiden tests later this month.

The ultimate aim with the extraordinary machine will be to crack the unprecedented 1,000mph mark, breaking the land speed record in the process. 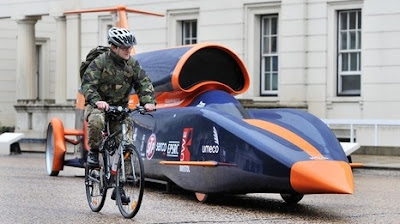 The man who will be tasked with reaching these extraordinary speeds is Wing Commander Andy Green, the current land speed record holder.

The former RAF pilot hit 763mph from behind the controls of Thrust SSC on October 26, 1997, exactly 20 years before the Bloodhound’s first speed test.

Engineers unloaded the Bloodhound from a truck inside a cold-war-era hangar at the airport’s Aerohub Enterprise Zone on September 25, ahead of a month of trials.

On October 26, the Bloodhound will be driven at up to 200mph when it makes its debut on the airport’s 1.7km runway.

The Bloodhound team achieved a huge engineering milestone when they successfully started up the car’s EJ200 jet engine, sourced from a Eurofighter Typhoon. 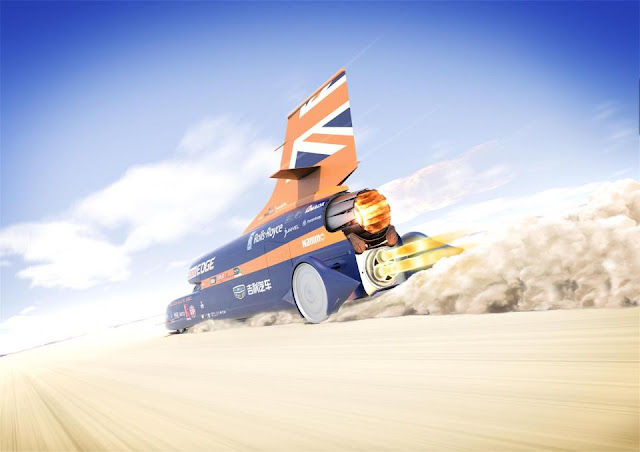 The team took the engine to max reheat (aka afterburner), while Mr Green sat in the cockpit throttling the jet engine with his right foot.
The car was tied down to a secure anchor point on the southern side of Cornwall Airport Newquay.
Data from the sensors on the car confirmed the jet engine produced the expected thrust during maximum reheat.

The Bloodhound has taken almost ten years to develop, and with more than 3,500 parts is one of the most technologically complex cars ever manufactured.

The 13.4-metre long car weighs 7.5-tonnes and is powered by a jet engine and a rocket which will produce more than 135,000 horsepower, more than six times the combined power of all of the Formula 1 cars on the grid during a typical Grand Prix. 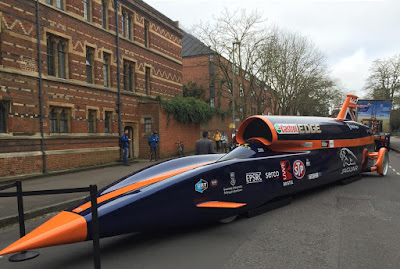 If the tests at Newquay are successful, Bloodhound will be shipped to its specially prepared 11-mile track at Hakskeen Pan in north-western South Africa for the first of two high-speed campaigns.
At the first backers hope to top 800mph, beating the previous record, and then the Bloodhound crew will add extra rocket motors and treble the power in an attempt to set the 1,000mph land speed record.

The campaign is dependant not only on funding, but also on the availability of rocket engineers and test facilities.

The team still need to raise the funds to complete the car to desert-standard – complete with the rocket system – and to mount a two to three-month international logistic and desert campaign.

Oracle Cloud Solutions recently joined the project and the team will be announcing another international brand partnership ahead of the Newquay test.

The largest icebergs ever recorded has broken free of Antarctica.

How to Think Ahead of Time

Google+ Will Officially Shut Down on April 2