Throughout history, people know that the sun has a bearing on the living creatures and plants on Earth.
But how it happens is, no one knows very well.
NASA has already prepared a premier project.
Even so, there is another idea for this
The Earth was empty space 300 billion  years ago 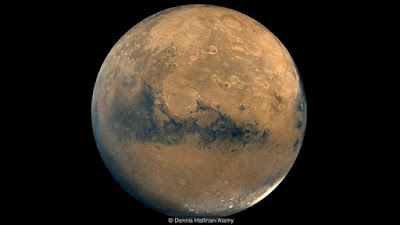 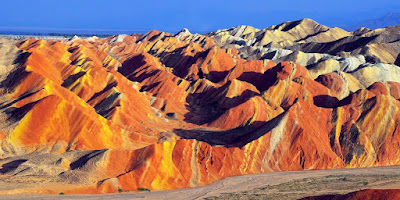 After the arrival of other advanced organisms in the universe, they were created with them in the form of organisms and plants, as a result of the chemical compound they produced.According to these developed organisms, the activity of the sun is properly re-created by the action of chemicals and animals.
As a result, the life of the Earth continues to function as a result of solar radiation from the past to the present and the future.
Thus the existence of the earth and living things depends on the sun’s influence.
Extract book by end of intelligence

On Sept. 25, 2017, media were invited to see NASA’s Parker Solar Probe in its flight configuration at Johns Hopkins Applied Physics Laboratory in Laurel, Maryland, where it is being built. The revolutionary heat shield that will protect the first spacecraft to fly directly into the Sun’s atmosphere was installed for the first time on Sept. 21. This is the only time the spacecraft will have its thermal protection system — which will reach temperatures of 2,500 degrees F while at the Sun — attached until just before launch. 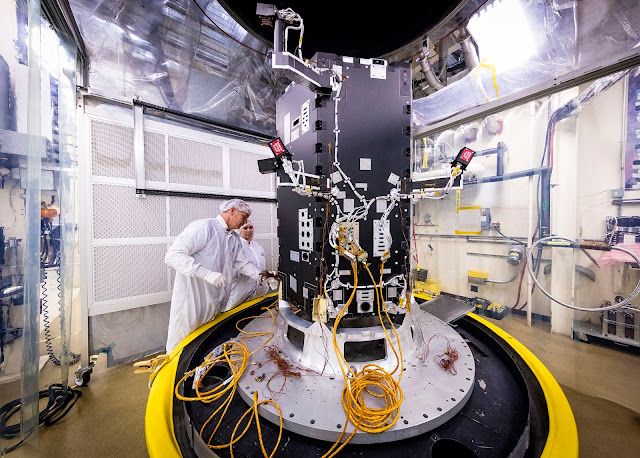 In this time-lapse video taken on Sept. 21, 2017, the thermal protection system – the heat shield — for NASA’s Parker Solar Probe spacecraft is shown during installation at the Johns Hopkins University Applied Physics Laboratory in Laurel, Maryland. This 4.5-inch thick, eight-foot diameter shield protects the spacecraft and its instruments against the intense heat and energy of the Sun’s outer atmosphere, the corona, through which the spacecraft will fly on a mission of extreme exploration.Credits: NASA


Parker Solar Probe is scheduled for launch on July 31, 2018, from Cape Canaveral Air Force Station, Florida. The spacecraft will explore the Sun’s outer atmosphere and make critical observations that will answer decades-old questions about the physics of how stars work. The resulting data will improve forecasts of major space weather events that impact life on Earth, as well as satellites and astronauts in space. 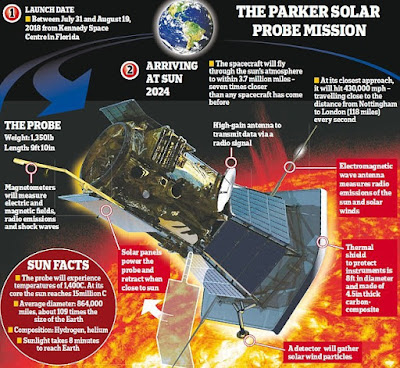 Parker solar probe
1 The first mission to touch the sun
2 A NASA  mission to the touch the sun
3 First mission to the nearest the sun
4 Humanity’s first visit to the our sun.
The mission
NASA Parker solar probe mission will revolutionize our understanding of the sun revolutionize   our understanding the sun
Parker Solar Probe will swoop to within 4 million miles of the sun’s surface, facing heat and radiation like no spacecraft before it. Launching in 2018, Parker Solar Probe will provide new data on solar activity and make critical contributions to our ability to forecast major space-weather events that impact life on Earth.

Parker Solar Probe is an extraordinary and historic mission exploring arguably the last and most important region of the solar system to be visited by a spacecraft to finally answer top-priority science goals for over five decades.
But we don’t do this just for the basic science.
One recent study by the National Academy of Sciences estimated that without advance warning a huge solar event could cause two trillion dollars in damage in the US alone, and the eastern seaboard of the US could be without power for a year.
In order to unlock the mysteries of the corona, but also to protect a society that is increasingly dependent on technology from the threats of space weather, we will send Parker Solar Probe to touch the sun. 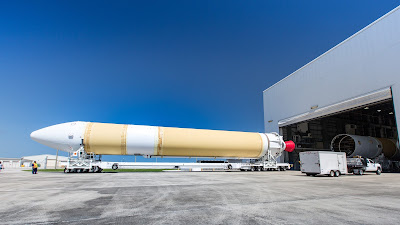 The sun
The  sun is a dynamic star
why Parker solar probe ?
We live in the sun’s atmosphere! This mission will provide insight on a critical link in the Sun-Earth connection. Data will be key to understanding and, perhaps, forecasting space weather.
We need to go so close because:
The corona is unstable, producing the solar wind, flares and coronal mass ejections – we need to study at the source!
Millions of tons of highly magnetized material can erupt from the sun at speeds of several million miles an hour – fast enough to get from Washington to LA in seconds!
why is the corona hotter than the surface? why is there a solar wind?
we can only answer these questions by getting up close and personal with our star  The concept for a “solar probe” dates back to ”Simpson’s committee” of the space science board (national academy of sciences. 24 october 1958)
The need for extraordinary knowledge of sun from remote observations, theory, and modeling to answer the questions:
Why is the solar corona so much hotter than the photosphere?
How is the solar wind accelerated?
The answers to these questions have been of top priority in multiple Roadmaps and Decadal Surveys.
we  live in the atmosphere of the sun.

physics of the corona and inner lithosphere connect the activity of the sun to the environment and technological infrastructure of Earth will
Spacecraft
Extreme Engineering
NASA’s historic Parker Solar Probe (SPP) mission will revolutionize our understanding of the Sun. SPP will swoop closer to the Sun’s surface than any spacecraft before it, facing brutal heat and radiation conditions.
The spacecraft will come as close as 3.9 million miles (6.2 million kilometers) to the Sun, well within the orbit of Mercury and more than seven times closer than any spacecraft has come before
. To  perform these unprecedented investigations, the spacecraft and instruments will be protected from the Sun’s heat by a 4.5-inch-thick (11.43 cm) carbon-composite shield, which will need to withstand temperatures outside the spacecraft that reach nearly 2,500 degrees Fahrenheit (1,377 degrees Celsius).
This article is based on NASA information.
338 Views
Share this on