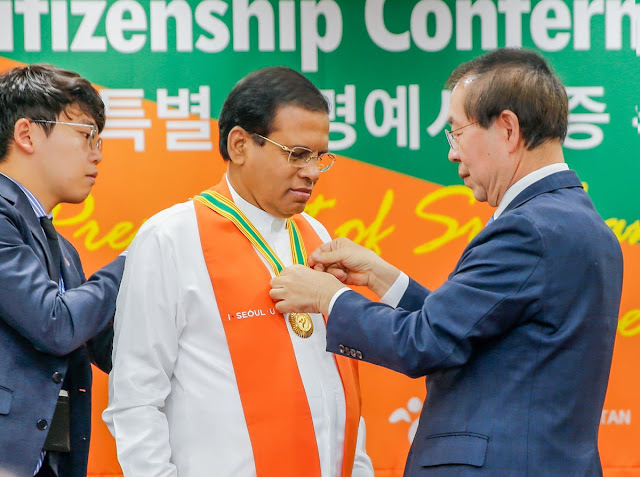 The mayor said that after establishing the twin city agreement between Seoul and Colombo in 2016, he was fortunate to visit Sri Lanka and called on President Sirisena earlier this year. “I was highly impressed with the President’s untiring efforts to develop the country, the city of Colombo and further strengthen bilateral ties with Republic of Korea. Hence, the Seoul Metropolitan Government decided to confer the Honorary Citizenship to His Excellency President Sirisena as a symbol of our close friendship”, he said.
The Citation of the Honorary Citizenship stated:

On behalf of the citizens of Seoul Metropolitan Government, am privileged to present this Certificate to, and hereby, confer Honorary Citizenship upon Maithripala Sirisena.”

Awarding the certificate, Mayor Park presented the Medal of Citizenship to President Sirisena and placed a colorful scarf around his shoulders. 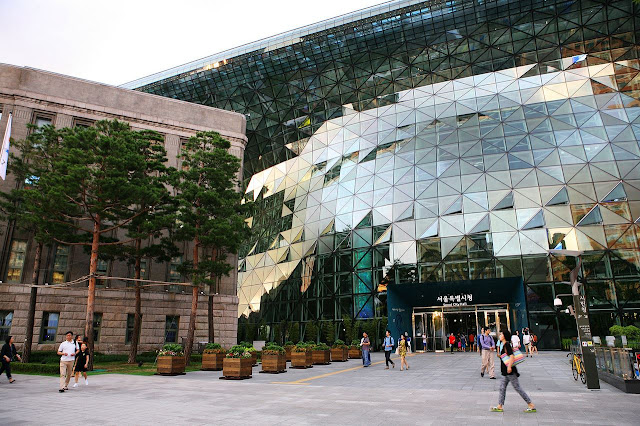 President Sirisena thanked the Mayor Park and the members of the Seoul Metropolitan and said that honorary citizenship conferred on him has made him a partner of this beautiful capital city of Seoul. He said it was an honour and respect bestowed on the people and the government of Sri Lanka by the valued citizens of this great city.

The President, after viewing a video presentation on Seoul City controlling Digital System, later visited the Control Room to see the impressive handling of the city through the digital electronic system. He said he would advise the officials in Sri Lanka to study the system as Colombo city planners could learn from the successful experiences of the Seoul Metropolitan.