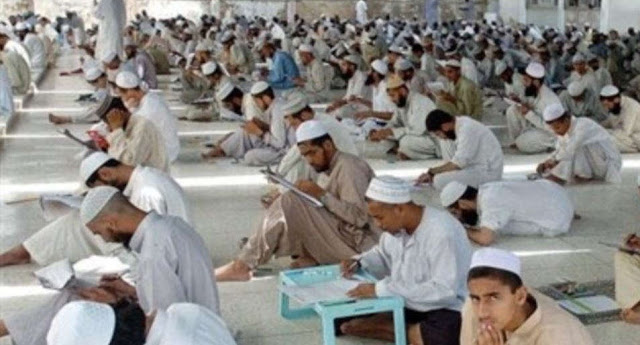 This article is based in Pakistan.
But, such things do not belong to society.
A temptation to  backward  thinking.
People in a developed society do not need religion.
People who do not have the power to make a mental development are less inclined to live on the basis of religious beliefs.
The intelligent people need to live properly with the decisions of their own. 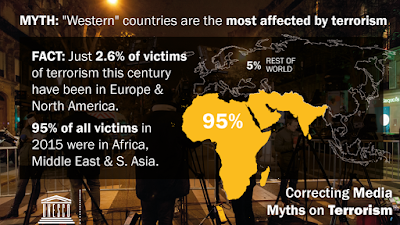 There are only a few of them in the world.
The development of the world today is also a result of their efforts.
Otherwise, the efforts of the religious extremists or religious hypocrites are not the result.
These are not intellectuals, only believers.
They or their followers will never do anything in the world.
Only a disaster happens.
Pakistan is in the grip of terrorism unleashed by university-educated youth who kill in the name of Islam. A Karachi gang that was recently nabbed was found to have connected with university-level teachers and their students who were on the take from the Islamic State under the banner of Ansarul Sharia (friends of the Islamic way). The gang is busted and even the police, specially targeted by them “for publicity”, were traumatised when told who they were. In the photographs that appeared on TV, they look divine with their facial hair styled like the Old Testament prophets. If you met them on the street you would go down on your knee and kiss their hand. 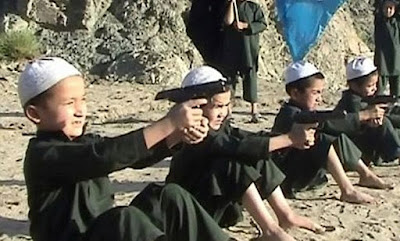 According to the Sindh police’s counter-terrorism department, of the 500 prisoners it had studied, 64 held master’s degrees and another 70 had bachelor’s degrees, proving that their indoctrination came from the country’s own textbooks. A girl from a well-to-do family devoted to Islamism in Hyderabad had actually run away to Syria to be trained as a suicide-bomber but was caught in time before she could kill fellow Muslims in Pakistan.

Education has produced terrorism. It sounds shocking but it is true: The kind of religion-based education given in Pakistan. Such influence doesn’t end even after students join engineering and medical university. Universities turn out nuclear scientists who claim they can make electricity for the whole of Pakistan from a single djin. The textbooks don’t let go of nationalism which in Pakistan is India-centric and is useful among Pakistanis for judging each other too because judgemental is what you become instead of being inquisitive.

Finally, you end up doing nothing to India but doing a lot of harm to fellow-Pakistanis. India can pay an Islamist in Pakistan to kill fellow-Pakistanis. Particularly vulnerable are liberal Muslims who tend to defend the minorities, just as liberal Hindus don’t like it when Hindutva street power goes after Muslims for handling slaughtered cows.
But are Muslims anywhere else better-off? Surveys tell us that the entire Islamic world is abysmal when it comes to education: It is either the idea of jihad — constant warfare — or rivalry within the religion which makes normal education redundant. Teaching Islam: Textbooks and Religion in the Middle East; Edited by Eleanor Abdella Doumato and Gregory Starrett (Viva Books, 2008) makes the point quite clear.
In 1947, Muslim leaders were British-Raj-educated but led populations who had received much of their religious instruction in the mosque and madrasa. In 1949, they agreed to plan a constitution based on the Quran and the Sunna, in other words, the Quran and the Hadith, known only to the cleric. This is the point where the Muslim leader in Pakistan abdicated his right to draft a modern constitution. The rest of the Muslim world went through the same kind of pattern: People lived according to the worldview of the mosque while “modern” dictators ruled them by decree postponing the pledge of Quran and Sunna. Just as Pakistan thought of democracy in 1947 and pledged Quran and Sunna, the Arab Spring agitation against “modern” dictatorship too thought of Quran and Sunna — the banner in Egypt’s Freedom Square said “na’am lil-sharia” (yes to sharia) — and when elections were held and the Islamic party won, it turned out that the new rulers were interested only in religious law which they thought was pure democracy.
The leave-it-to-the-masses approach adopted by the founding fathers of Pakistan allowed the religious parties who didn’t win elections to retire to the seats of learning. Non-clerical parties fought and won elections by paying lip-service to Islam. They ignored the fact that religious parties were steadily winning college and university union elections and thus dominated the campuses. The “modern” rulers went to the United Nations and signed the Universal Declaration of Human Rights thinking all rights mentioned in the charter must be Islamic because how could Islam be opposed to human rights? It took half a century, and rule by an Islamist general in Pakistan, to realise that Pakistan had signed a charter allowing the right to change religion which Islam punishes with death. 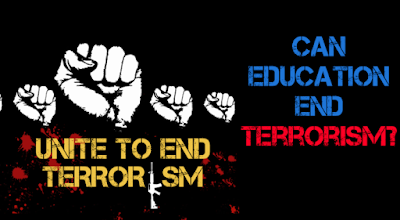 With the passage of time, and the movement of the population from the village to the city and its elevation to the middle class, what was marginal in the shape of religious parties started becoming mainstream. Pakistan accelerated the process by opting for deniable jihad, in the process empowering the madrasa and its “mufti” leaders. The politicians delayed the process of rolling back democracy through religion by adopting Islamic rhetoric and stuffing the constitution with Islamic injunctions. They started saying Al-Hamdu-Lillah and Masha-Allah and allowed street power to trickle away to the non-state actors.
Last year, when the killer of governor Punjab was hanged, the clerical show of strength was frightening: The clerics held the killer had murdered a blasphemer and was therefore a saint for whom they built a mausoleum overnight. Today, university campuses are middle class; so is the army. And education is helping them look for the enemy within rather than without, within the Muslim community and within the Islamic world, as Pakistan goes on killing the Shia Muslims of Quetta after the Afghans have finished with them.
The Indian express
273 Views
Share this on