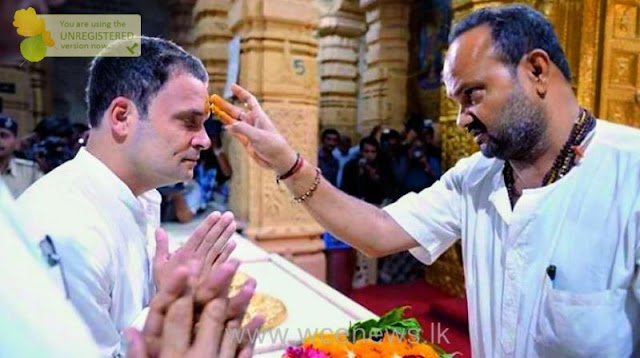 A day after the controversy regarding his signature in a register meant for non-Hindus during his visit to the Somnath Temple in Gujarat, Congress vice-president Rahul Gandhi said his family was ‘Shiv Bhakt’ (devotees of Shiva) and religion was a private matter.
During his second day of campaign in Prime Minister Narendra Modi’s home State of Gujarat, Mr. Gandhi denied signing any register except the visitors’ book at the historical temple.
“I had signed my name in one of the visitors’ books at Somnath, but people associated with the BJP wrote my name in another visitors’ book,” he said, accusing the BJP of creating the controversy in the run-up to the crucial Assembly polls. 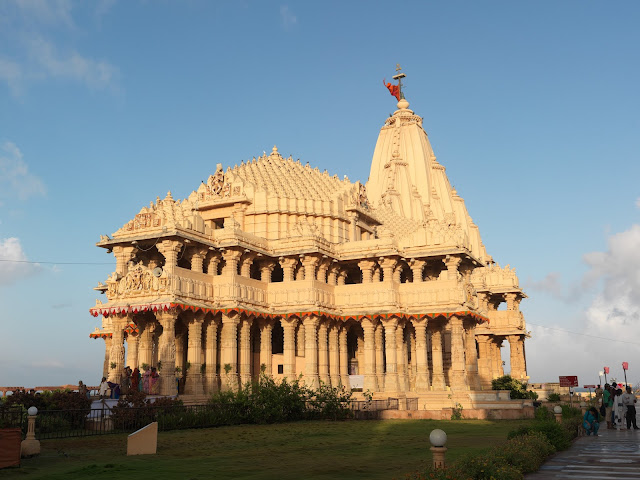 He stressed that his family was a devotee of Shiva. “My grandmother and my family are Shiva devotees. Religion is our personal matter,” he said, adding that they don’t give or take anyone’s certificate on religion. “We don’t want to do dalali (trade) in the name of religion,” he said on Thursday.
On Wednesday, after Mr. Gandhi visited the temple, the BJP claimed that he had made an entry in the register meant for non-Hindus. The ruling party circulated the register’s page where apparently two entries were made for Rahul Gandhi and Ahmed Patel, who was accompanying Mr. Gandhi along with other senior leaders.
The ruling party asked Mr. Gandhi to come clean on his faith. “He must come clean on the issue,” BJP spokesman Sambit Patra told reporters, denying the Congress allegation that the saffron party created a controversy to polarise voters.
Meanwhile, at another place, Mr. Gandhi slammed Prime Minister Narendra Modi for the huge public debt in Gujarat when he was Chief Minister.
“In 1995, the total debt of Gujarat was ₹ 9,183 crore. In 2017, it is ₹ 2,41,000 crore. That means a per capita debt of ₹37,000. Why should Gujarat’s people be punished for your mismanagement and publicity,” Mr. Gandhi said after tweeting the same while campaigning in the Saurashtra region.
TheHindu
271 Views
Share this on

Delhi panic over toxic air ahead of Indian festival Diwali

India man to sue parents for giving birth to him