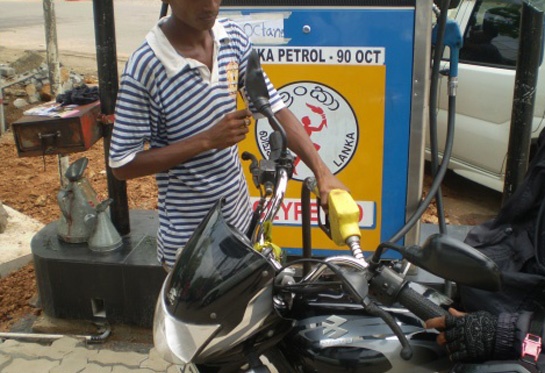 This is a citation of the Reuters report.
China does not, deal honestly with any country in the world.
They are not as honest as the Western nations.
And their culture does not match ours.
Today, the Chinese economy is strong.
Under such conditions, they are trying to consolidate their influence in small countries around the region.
Sri Lanka has also been confined to China.
It is important that the present government understands this situation. 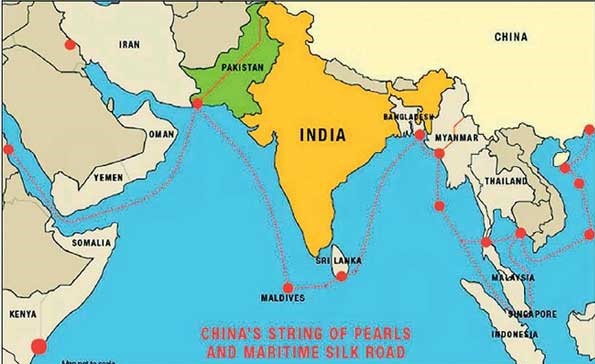 Sri Lanka has blocked a proposal by Chinese firms bidding to build the island’s biggest oil refinery to sell fuel locally, fearing a threat to domestic firms that dominate the small but growing market.
The veto is the latest in a tussle over Chinese investments in Hambantota, a southern town near an important shipping route, where China controls the sea port and plans an industrial zone for Chinese firms and a $3 billion (2.26 billion pounds) refinery with annual output of around 5 million tonnes.
China Huanqiu Contracting & Engineering Corp, a subsidiary of state-owned China National Petroleum Corp, and private refiner Shandong Dongming Petrochemical Group have jointly bid for the refinery located near the port.
Government spokesman Rajitha Senaratne said the Chinese companies had asked to sell refined products on to the local market, but had been told just to export.
“The Chinese companies asked permission (to supply local markets), but we did not give them permission. We asked them to participate in tenders of local suppliers, if they want to sell locally,” he told Reuters.
Another government official, who didn’t want to be named as he is not authorised to speak to the media, said Sri Lanka did not want to cede control of the local fuel market to Chinese firms. 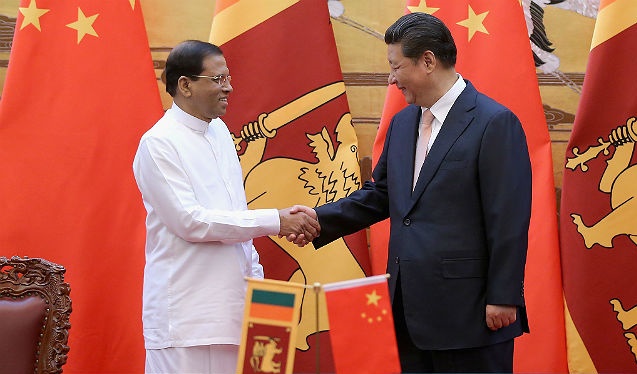 Sri Lanka’s $6 billion market is controlled by state-run Ceylon Petroleum Corp and Lanka IOC, a subsidiary of Indian Oil Corp.
“We have asked the Chinese firms to go for partnership with existing players if they want to sell their products in the local market,” the official said. “We don’t want both our companies to suffer by letting another player in.”
The two Chinese companies seeking local market access did not respond to a Reuters request for comment.
Hambantota is part of China’s vast Belt and Road initiative to build trade and transport links across Asia and into Europe, but Beijing’s widening footprint has raised concerns in India, the United States and even Europe.
New Delhi sees the massive investment in the port town as another sign of the threat of China’s growing influence in the region. Even in Sri Lanka, the plan has been criticised for the loss of land and, more broadly, the tiny nation’s sovereignty.
This year, Sri Lanka revised the terms of its deal with China Merchants Port Holdings, which has a 99-year lease on the Hambantota port, to give greater influence to a local state-run partner.
A Chinese source in Colombo briefed on the refinery discussions said the two Chinese firms had made an informal request for the refinery’s products to be sold locally, but had been told by the Sri Lankan authorities that such a move could spark demonstrations by local trade unions.
For the moment, the Chinese source said, the refinery deal was going forward.
The two Chinese firms began exploring the possibility of building the refinery 18 months ago, and private refiner Dongming is looking to take a controlling stake, officials from the companies said.
281 Views
Share this on