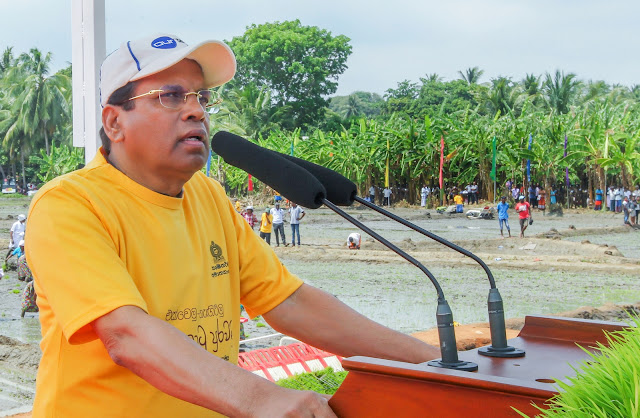 Year 2018 declared as the Year of Local Food Production 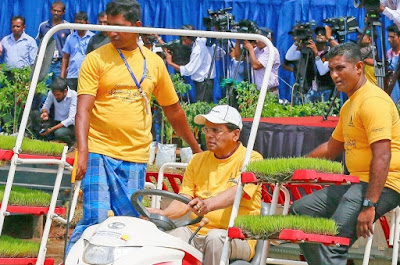 Holding the ‘National Wap Magul Ceremony’ the 2017/2018 Maha Season was started with a new strength under the National Food Production Battle launched under the guidance of President Maithripala Sirisena with the aim of taking forward the national food production programme, by overcoming the challenges of the climate changes, with a new strength continuously in a sustainable manner to revive the agricultural sector of the country.
Expressing his views the President further stated that the year 2018 will be named as the Year of Local Food Production, to take forward this national programme in a comprehensive manner.
The President pointed out the issues occurred as a result of partitioning many coconut estates including the estates in the Coconut Triangle, into small blocks mostly for housing projects and emphasized the need of introducing a National Housing Construction Policy to control this situation in the future. 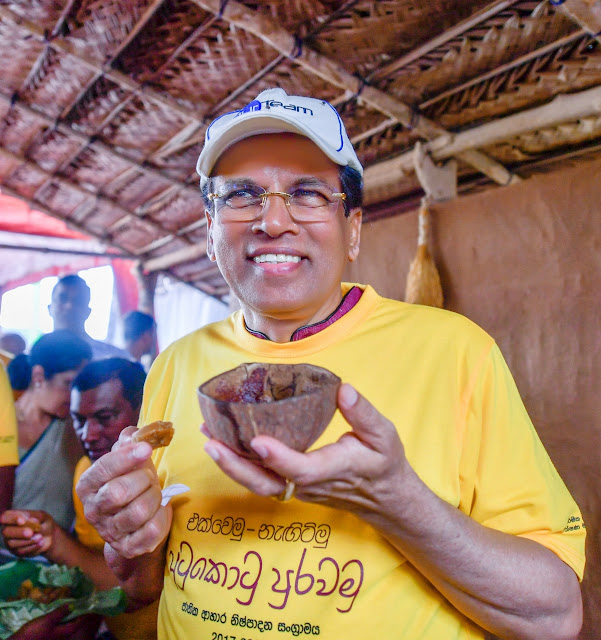 President Sirisena further emphasized that all citizens of the country, irrespective of political, ethnic, religious or cultural differences, should unite to achieve success in the national food production programme, which makes the country self-sufficient while eliminating the poverty. He also requested all those who blamed the government and protest against it to join hands with this initiative, keeping aside their protest rallies, as true citizens who love the country.
The National Food Production Battle is not limited to the ceremony today or to a period of just one week. It is a beginning of a comprehensive national program to be carried out under a three-year plan. All government and private institutions and all other related sections should contribute to this, considering this as a responsibility beyond the duty”, the President said. 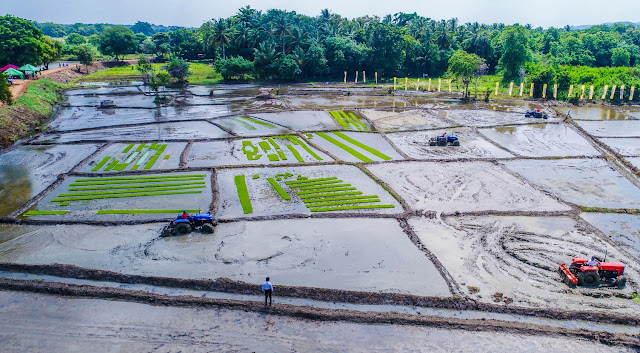 “The government will implement the required program to create a good living standard to the children of farmers by freeing the farmers from loan burden, providing better education to the children earning them a good social recognition. The government also will take any action to increase the production process by providing required facilities and resources to the agricultural sector”, he stated.
The government has given instructions to the officials to notice about the relief to be given to the farmers by state and private banks, under this national food production program. The President said that the government has requested private companies to implement a subsidized program for farmer to buy agriculture related equipment.
President Sirisena said the budget – 2018 will include number of proposals to strengthen the agricultural economy and the economic situation of the farmers. 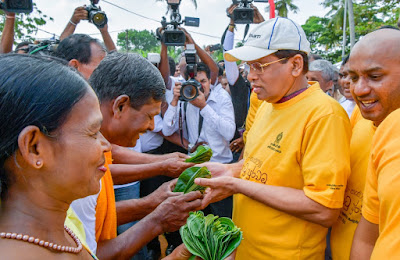 The President presented Mahaweli land deeds, Mahaweli scholarships and agriculture insurances at this occasion. He also delivered paddy seeds among the farmers affected by draught. He also presented Commendations to outstanding farmers and the prizes to the winners of home gardening in 2017.
Director General of Mahaweli, Gotabhaya Jayarathne presented the Agricultural Plan 2017 – 2018 to the President. President Sirisena presented the book on soil conservation to the school children.
sources president media
306 Views
Share this on