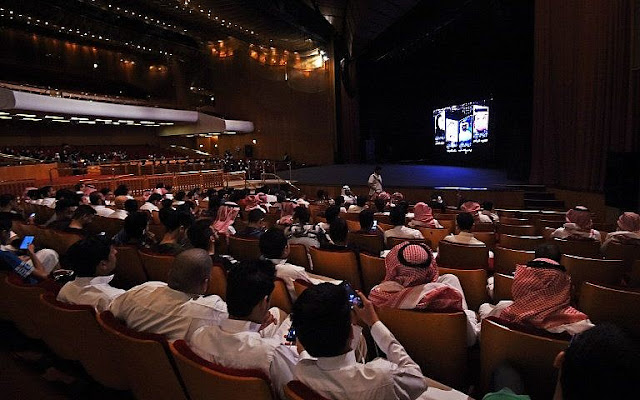 “In line with the fund’s mandate to help unlock promising new sectors within the kingdom, PIF and AMC Entertainment will explore theatrical exhibition and related investment and partnership opportunities in Saudi Arabia,” the Public Investment Fund said.
Neither of the partners gave details of the business ventures which might arise from their non-binding memorandum of understanding.
The Saudi government announced on Monday that the first theaters could start showing films as early as March, part of a liberalizing reform drive that has opened the door to concerts, comedy shows and women drivers in the past year.

AMC, which owns the Odeon brand, is one of the largest movie exhibition companies in the world with about 1,000 theaters and 11,000 screens across the globe.

Other cinema chains are also eyeing the Saudi market. Dubai-based mall operator Majid Al Futtaim, which owns VOX Cinemas, said it wanted to open the first movie theater there. The government said it expected to open over 300 cinemas with more than 2,000 screens by 2030.

With assets of over $220 billion, the PIF is being used by the government to spearhead its drive to diversify the Saudi economy beyond oil. The fund is getting into a wide range of industries from real estate development to technology investment, tourism and waste recycling.
Reuters