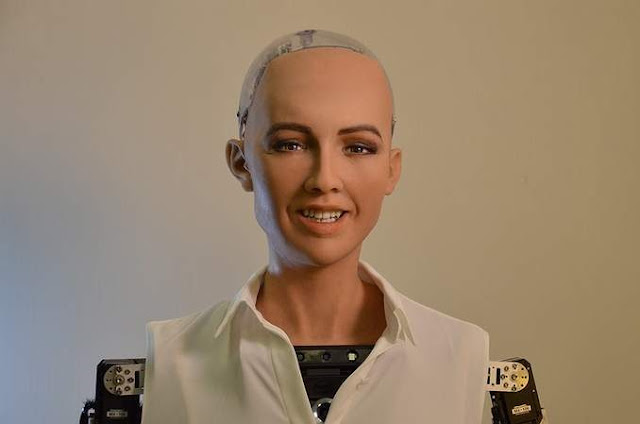 A robot with Saudi citizenship? It’s the latest surreal scene from the kingdom’s “Davos in the Desert”, where Saudi Arabia’s leaders have been attempting to impress their economic ambitions upon the rest of the world.
In a three-day event that has already seen the country announce its intent to build an entirely new city – called Neom – from scratch, the announcement that a robot named Sophia has been granted Saudi citizenship stands apart.
Alongside a holographic lion and a virtual rollercoaster, the robot has been on display at the Future Investment Initiative held by Saudi Public Investment Fund this week.
“Thank you to the Kingdom of Saudi Arabia,” said the robot, named Sophia, when she learnt of her ostensible citizenship. “It is historic to be the first robot in the world granted citizenship.”
The announcement could be controversial among conservative Saudis, many of whom believe that representation of the human form, even in art or on a mannequin, is sacrilegious.
Citizenship is also a carefully guarded benefit in the kingdom, which does not grant it to foreign workers who make up about a third of the population – even to some families who have been there for generations – or to the children of Saudi women and foreign men.
In a statement, the Saudi government’s Center for  International Communication described the citizenship as “no laughing matter” 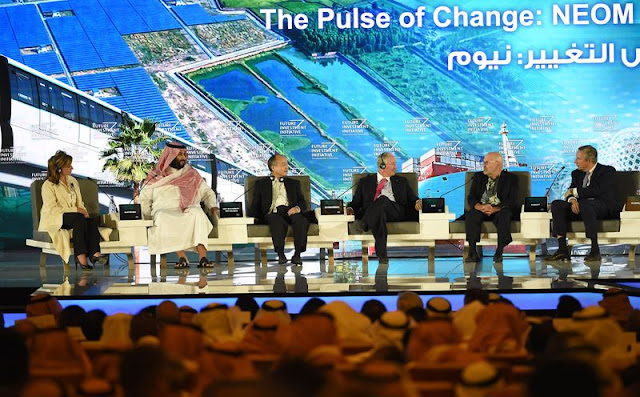 The $500 billion Neom project, envisioned as a hub for technological innovation, will be funded by the kingdom’s sovereign wealth fund, which the prince oversees, as well as the Saudi government and a range of private and international investors.
“This place is not for conventional people or conventional companies,” Crown Prince Mohammed bin Salman told an audience of investors from around the world gathered in the capital of Riyadh. “This will be a place for the dreamers of the world.”

It’s the latest surprise move by Saudi Arabia, a country that for decades was characterized by slow, cautious reforms, bureaucratic red tape and promises that fell short of target. The kingdom was forced to spring into action nearly three years ago after global energy prices fell by more than half, threatening to deplete Saudi foreign reserves and spending power by 2020. 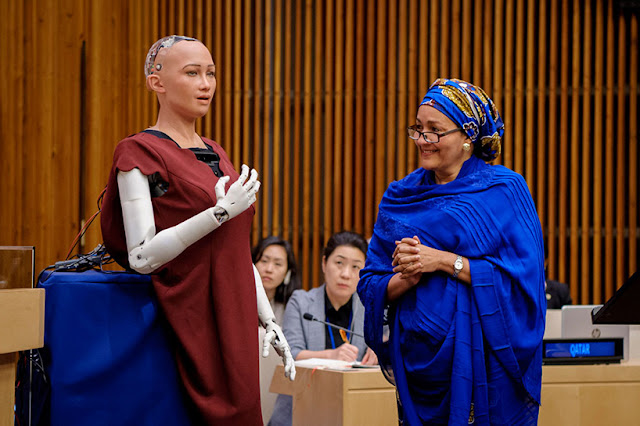 Now, the kingdom is on a mission to build the world’s largest sovereign wealth fund to invest in projects like Neom. The aim is to diversify revenue away from oil exports and create more jobs under a plan spearheaded by the crown prince known as Vision 2030.

No reform, however, was more disruptive to the old order than last month’s decision to lift the ban on women driving next summer. Saudi Arabia is also expected to bring back cinemas soon as it opens the ultraconservative country to more entertainment.

Prince Mohammed defended these reforms at the conference on Tuesday, saying “we were not like this in the past.”

“We want to go back to what we were: Moderate Islam,” the prince said during his rare public appearance. The heir to the throne said the kingdom will work to defeat extremist ideas and ensure that young Saudis live in harmony with the rest of the world.

He was speaking on a panel that included business titans Stephen Schwarzman of U.S. private equity firm Blackstone and Masayoshi Son of Japan’s technology conglomerate SoftBank.

As panelist after panelist lavished praise on the 32-year-old prince for his “passion,” ‘’vision” and “enthusiasm,” he interjected, saying: “I’m one of 20 million people. I am nothing without them.”

For many middle and lower-income Saudi families, the prince’s reform blueprint is long overdue.

Over the next decade, an estimated 5 million young Saudis will enter the workforce, creating an urgent need for rapid job creation.

Projects like Neom are focused on creating some of those jobs. The independent economic zone in the northwestern region of the country, near Egypt and Jordan, sits on 10,230 square miles of untouched land along the Red Sea.

The crown prince envisions it as a hub for innovation, where scientists would develop new technologies and investors would make healthy returns. It’s a place, he said, where drones, driverless cars and robotics might all work together to ensure there’s no traffic, for example.

The kingdom plans to transform the fund into the world’s largest by listing less than 5 percent of state-owned oil giant Aramco on the Saudi stock exchange and an international exchange, and transferring ownership of Aramco to the Public Investment Fund, also known as PIF.

Saudi Arabia says this could put some $2 trillion under PIF’s control — double that of Norway’s sovereign wealth fund, which is currently the world’s largest.


Speaking to Bloomberg TV on the sidelines of the conference, PIF Managing Director Yasir al-Rumayyan said the fund currently manages about $230 billion in assets.

Recently, reports emerged that Saudi Arabia was considering holding off on the international portion of the Aramco IPO in favor of a private offering from a key investor like China. Saudi officials, however, insist Aramco is on track for listings as early as next year.

Al-Rumayyan, who is also on the board of Aramco, addressed those concerns at the forum in Riyadh, saying: “Everything is on track, 2018 is our target.”
Daily journal of commerce