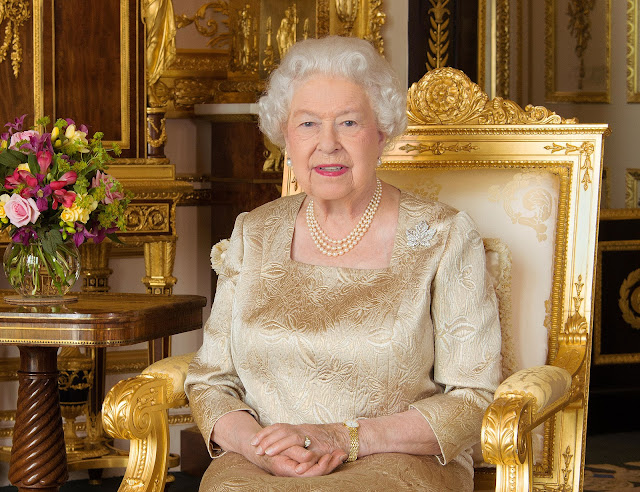 Preparing for international travel almost always involves a last-minute scramble to locate one’s passport — unless of course you’re the Queen of England.

That’s right, her Majesty the Queen has no need for commoner items like passports when she travels abroad. As the official website of the British monarchy describes:

When traveling overseas, The Queen does not require a British passport. The cover of a British passport features the Royal Arms, and the first page contains another representation of the Arms, together with the following wording:

Her Britannic Majesty’s Secretary of State requests and requires in the name of Her Majesty all those whom it may concern to allow the bearer to pass freely without let or hindrance and to afford the bearer such assistance and protection as may be necessary.

As a British passport is issued in the name of Her Majesty, it is unnecessary for the Queen to possess one. All other members of the Royal Family, including The Duke of Edinburgh and The Prince of Wales, have passports. Traveling without a passport isn’t the only law Queen Elizabeth is exempt from. Because all British licenses are also issued in her name, the Queen has no need for one in order to legally drive, according to TIME, and doesn’t need a license plate on her vehicles either. The Queen is additionally exempt from any prosecution, though we likely never need to worry about that. As the official site of the Monarchy said, “Although civil and criminal proceedings cannot be taken against the Sovereign as a person under U.K. law, the Queen is careful to ensure that all her activities in her personal capacity are carried out in strict accordance with the law.”

If you’re a U.S. citizen looking to live like the Queen and travel sans passport, you have a few options: All American citizens can freely travel to the U.S. Virgin Islands, including St. Croix, St. John, and St. Thomas, without carrying the additional identification.
This article originally appeared on TravelandLeisure.com

Imran Khan in Sri Lanka: Multiple facets of a relationship India is watching

Flash floods in Indonesia and Timor Leste kill more than 50