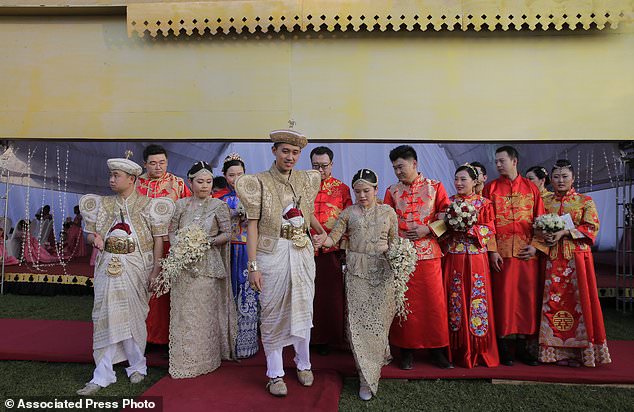 COLOMBO, Sri Lanka (AP) – Clad in traditional Chinese, Western and Sri Lankan costumes, 50 Chinese couples were married at a mass ceremony in Sri Lanka’s capital on Sunday to mark the 60th anniversary of diplomatic relations between the two countries and to promote the island nation as a tourist destination.

The ceremony in Colombo was attended by Sri Lankan politicians and diplomats from both nations. A number of Chinese nationals attended as well. 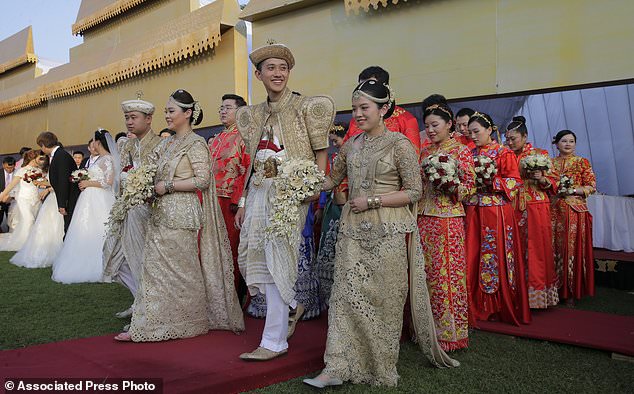 Soon after the couples arrived in decorated cars, the ceremony began with traditional Sri Lankan drummers and dancers blowing conch shells as a symbol of auspiciousness and performing a welcome dance.
The couples exchanged rings and had their fingers tied together and water poured over them in Sri Lankan Buddhist tradition as a sign of unity and purity, as schoolgirls chanted a blessing hymn.
Sri Lankan government ministers handed the couples certificates of marriage and posed for photographs with them. 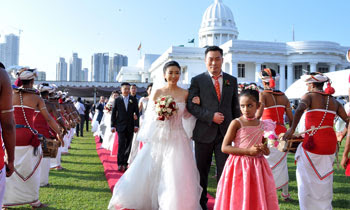 China has invested heavily in infrastructure projects in Sri Lanka and a large number of Chinese tourists visit the South Asian island nation every year.