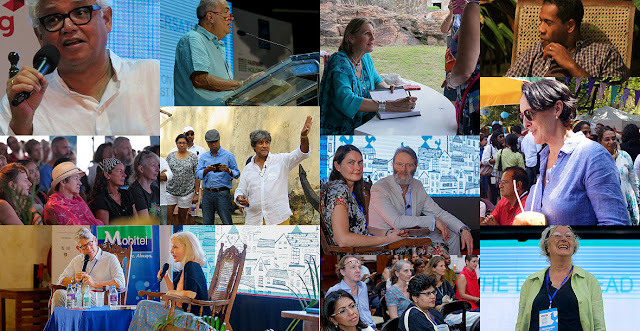 The Fairway Galle Literary Festival (FGLF) returns for its ninth year at the Galle Fort from the 24th – 28th of January 2018. Highlights for 2018 include Pankaj Mishra of ‘Age of Anger’, Shrabani Basu whose novel ‘Victoria and Abdul’ is now a major motion picture, Bachi Karkaria author of the nonfiction ‘In Hot Blood’, Alexander McCall Smith of the famous ‘No.1 Ladies’ Detective Agency’ novels as well as Oscar award winning film producer Lord David Puttnam to name a few.

As Sri Lanka’s only dedicated literary festival, FGLF has made a name for itself both locally and internationally.  Described as a ‘unique’ festival with ‘fascinating writers, helpful volunteers, eager, responsive audiences with wonderful warm hospitality’ by past participant, Sir Mark Tully, the Festival is an iconic event in Sri Lanka’s calendar. 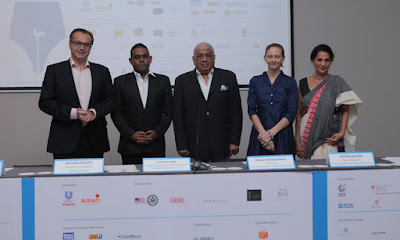 At a Press Conference held on the 11th of October 2018 at Jetwing Colombo 7; their hospitality partner, the FGLF team revealed their plans for the 2018 Festival.

The newly appointed Festival Director, Janitha Dias Bandaranayake, introduced the latest events and ideas for the 2018 Festival and spoke about how far FGLF has come.
The 2018 Festival will feature a diverse range of literature moving from fiction to nonfiction as well as film, poetry, gourmet dinners, children’s programmes, Sinhala Day, art trails, music concerts, cabaret and historic walks.
The Festival will also expand on their Outreach Programmes by conducting events in Galle and Jaffna for children, university students and teachers.  The Mini Children’s Outreach Festival will allow children to participate in events held at the Martin Wickramasinghe Folk Museum while the North-South University Collaboration Programme will bring together students and professors from national universities to visit and take part in the Festival over the 5 days. The Teacher Training Outreach Programme will feature authors conducting special workshops for trainee teachers and teachers from schools in Galle.
In partnership with Fairway Holdings for its third year in a row, Group Chief Executive of Fairway Holdings Mr. Imal Fonseka said that FGLF is not just a sponsorship for them.
The Fairway National Literary Awards along with the Edward Lear Prize for Poetry is also set to be held at the Festival.
The Sri Lanka Tourism Promotion Bureau is also onboard this year as the official destination partner. At the press conference Chairman of the Bureau, Mr. Udaya Nanayakkara stated that they are ‘proud to be associated with authors passionate about travel’ and that the Bureau looks forward to promoting Sri Lanka as a destination and has already taken steps to ensure that the 2018 calendar is filled with events!
The Festival will also feature Sri Lankan authors such as State Literary Award Winner, Nayomi Munaweera, Ashok Ferry, Channa Daswatte, Vivimarie VanderPoorten and Charulatha Abeysekera among others.
This is a full list of participating authors;
1. Alexander McCall Smith
2. Amit Chaudhuri
3. Ashok Ferry
4. Bachi Karkaria
5. Bruce Wannell
6. Channa Daswatte
7. Charulatha Abeysekara
8. Chimmi Moir Tenduf-La
9. David Dabydeen
10. Dillie Keane
11. Francesca Simon
12. Gananath Obeysekere
13. Hilali Noordeen
14. Jaina Sanga
15. Katharine Norbury
16. Kushanava Choudhury
17. Laaleen Sukhera
18. The Lord Puttnam
19. Maylis de Kerangal
20. Pankaj Mishra
21. Nayomi Munaweera
22. Richard Flanagan
23. Sebastian Faulks
24. Shankari Chandran
25. Shehan Karunatilleke
26. Shrabani Basu
27. Viviemarie Vanderpoorten
When most people think of .book poems and plays.however,the new festival team behind the Fairway Galle Literary Fesival feel that the term encompassesmuch more than these traditional components.Festival Curator jill Macdonald explains that literature is more about ideas than the written word.”Let’s not for get that Bob Dylan,the great singer songwriter won the nobel prize for literature last year ,so I don’t think it’s just a point of consideration;It absolutely is the case that literature includes song and other such forms.Literature is an expression of humankind’s creativity,probably particularly through words but not exclusively ,”she states.This belief in the inclusivity of different forms of literature and the need for its meaning to evolve is one of the main points which guides the team as they prepare for the Fairway Galle Literary Festival 2018. 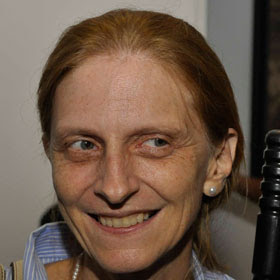 Having read for a master of philosophy  in English literature from Oxford  and worked as the principal of the British school in Colombo for 11 years,jill macdonald is no stranger to the field of English Literature or the Sri Lanka .Having attended each Galle Literary Festival inception,she accepted are request join the team as curator because she feel that the event is an enriching experience.
“We find a safe place to discuss things.We might not like arguing with one another about something but we don’t mind arguing on the book about it,”she says, adding that the room for passionate discussion is also important.”Healthy disagreement is necessary.I think it’s   great that you can have a disagreement with someone in a panel and then go and have dinner with them.” says jill.
She also  feels that literature helps people understand the world.”There’s absolutely nothing  new under the sun.we think that things that are difficult for us have never happened before, but than you discover books with that exact same situation,”she says adding that literary festivals are also important because they elevate reading from a private event to one which is public 2018 will also see anew Festival Director in Janitha Dias Banadaranayaka. Having worked in many fields, including advertising,international relation and teaching, she felt that joining the team would be exciting experience.”I thought it would be interesting and felt I would not get  this opportunity again,”explains Janitha.Janitha has worked as head of Primary at s.Thomas ‘college,Mount Lavinia and brings with her 15 years of experience as a teacher. 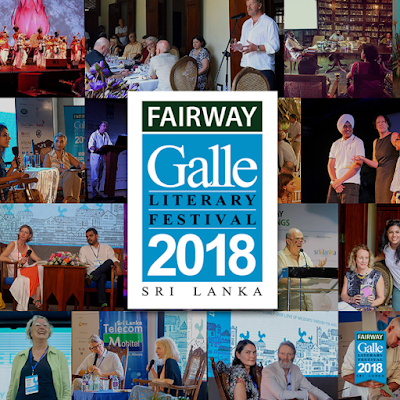 Ashwini shanmugaretnam’s background of event co-ordination and management is some thing she feels will help her as she joins the team as Festival Maneger.”Ive taken part and worked and at many things and realized that events is my passion and to take part in an event this scale is very interesting and also a challenge,”she says.Ashwini hold a degree in mathematics and finance and feel that her diverse background will help her in this project.
“We have to give credit to the previous team because they have actually set the bar for us,”says Ashwini,adding that the team is lucky that they work well together.We do basically the same things but introduce new things,”adds Janitha.
The team has exciting plans fir the festival.There will be a strong emphasis on diversity,as well as a series of discussion on current topics,including many aspects of literature.In fact,this time they will even have a surgeon as a speaker.”Literature is the discussion of contemporary events as imaginary events.There’s another reason why we’re bringing him down which has a very direct  link to literature which will become clear when his name is announced,”explains Jill.There will also be more embassies participating.”we’re interested in writing in English,not English writing.If a Martian arrives  tomorrow and want to write to us in English or wants to get it translated from Martian into English,he or she or it can also come.The point is that English is the medium that we’re using but we’re interested in literature that come from anyone anywhere,comments Jill.
A children’s ticketed programme on two days,an art trail,movie screenings,archiect-led excursions in Galle Fort and a tour conducted by a long -time resident of Galle (Mrs.Cader)are on the programme. Although some might feel that movies have nothing to do with literature, Jill begs to differ. Pointing out that a movie always has a script;she explains that a movie is simply a modern version of a play, “It’s what Shakespeare would have done now.I would bet a lot of money that if Shakespeare was alive today he would have been making blockbuster films,”she comments.
The festival is about more than just in literature, she reiterates.”It’s more of an art festival with a big focus in in literature.”in literature goes hand in hand with music and art,she adds.
Another noteworthy feature will be the outreach programmes,something which Janitha has taken a particular interest in.”We have children’s outreach programme with children of four less privileged in Galle and children of the Music project from Jaffna andKurunegala will be joining them,”she says,adding that other  programmes such as the North-South university programmes (where selected university students attend free),the teacher training programme (where authors will work with teachers from  the Amarasuriya training center in Galle)ect,will also take place.These events are open to the public and will take place in the Jaffna edition of the Galle Literary Festival as well.
“what everyone need to see is that festival also happens to give back to Sri Lnka which is what  founder Geoffrey Dobbs had in mind when he started the festival,”explains Ashwini,Jill feel that festival takes Sri Lanka to the world,particularly because writers  are excited to come to Sri Lanka,to learn about Sri Lanka,but also to take part  in the events.”Sri Lanka’s contribution to the arts is much larger than one might expect given the relatively small size of the island,”she remarks.”this no way a commercial festival, it’s a cultural festival.”she adds, explaining that the project prices only cover the cost of the event.
A common complaint among many people is that people do not read anymore.”I don’t agree that there is a phenomenon where people are getting less interested in reading. I think it’s the reverse,I think people are becoming more absorbed with words,”says Jill,adding that people of today might have to restructure their relationship to words. during Jane Austen’s time,people would send a written message updating family and friends on their activities even if they  were only going somewhere nearby and we are going back to a similar thing with the culture of texting,twitter and instagram etc. explains Jill adding that they are contemporary manifestations of old ways.
Sunday Times-  by Kaveesha Fernando
359 Views
Share this on

Next era name might draw from classical Japanese literature: sources

A novel in verse makes shortlist for 2018 Man Booker Prize