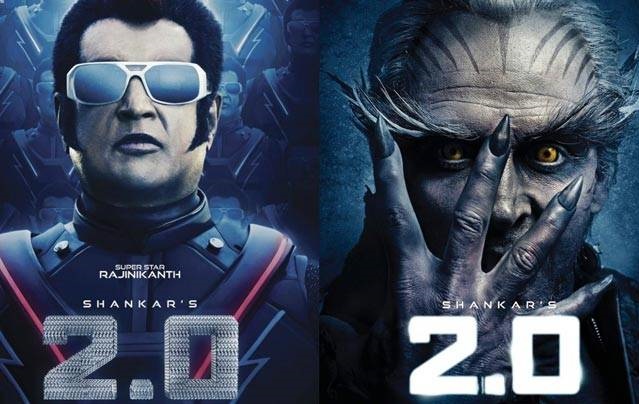 2.0 is the sequel to director Shankar’s 2010 blockbuster Enthiran. The upcoming sci-film has Rajinikanth, Akshay Kumar and Amy Jackson in the lead roles and it is being produced on a budget more than Rs 400 crore. Musician AR Rahman will give a live performance at the event.

A massive stage is being prepared in Dubai for the grand audio release of director Shankar’s 2.0, starring Rajinikanth, Akshay Kumar and Amy Jackson in the lead roles, which is set to take place on Friday. India’s top stars have already started descending to Dubai to be part of what the filmmakers have promised to be the biggest and the most exciting film event ever. 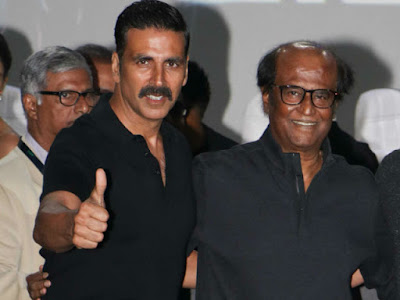 Bollywood star Akshay Kumar, talking about the upcoming music launch, promised an “epic” event. “Gear up for the music event of @2Point0movie, it’s going to be nothing less than EPIC!,” he tweeted.
So what makes 2.0 audio launch the biggest film event of the year?
Let’s begin with the budget that the filmmakers have spent on organising the audio launch. The total spending is reportedly pegged at Rs 12 crore or more. On a lighter note, it is an average cost of making two Tamil films with actor Vijay Sethupathi (he has a reputation of a champion of low budget films in Kollywood).
The stage at Dubai’s Burj Park sits beside world famous Burj Khalifa. Ahead of the audio launch, the tallest building in the world was lit up with 2.0 projecting the characters of Rajinikanth and Akshay Kumar in the film. And it is a high-tech stage with radiant colours, which is in line with the genre of the film – sci-fi.
The mega event will also host the biggest names of Indian cinema. According to reports, a long-time friend of Rajinikanth and renowned actor Kamal Haasan will be in attendance along with the cast and crew of 2.0. Actor Dhanush has also reached Dubai already. And the King of Dubai is also expected to grace the event. 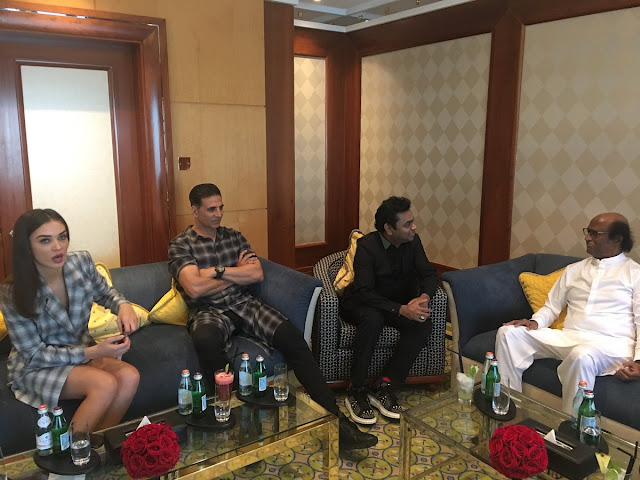 2.0 audio release event was reportedly sold out as soon as the organisers opened the counters. Reports have it that a VIP table at the event had cost as much as Rs 6 lakh and seems like wealthy fans had no qualms in paying so much to be part of the memorable event. The producers have also given out 12,000 free passes for the event.
The event will also be live broadcast in all popular malls in Dubai. And about 1 lakh people are expected to watch the event on the LED screens that have been put in place by the filmmakers at the cost of Rs 2 crore.
Well, the main attraction of the evening will be the live performance by Oscar-winning music composer AR Rahman and his team. He will be performing his compositions for 2.0 with 125 symphony artists for about 30 minutes. The event will also have a dance performance in tribute of Shankar, Rajinikanth and AR Rahman. 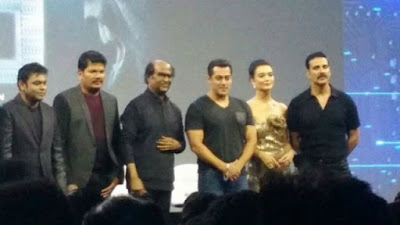 Lyca Production is bankrolling the sequel to 2010 blockbuster Enthiran at the cost of more than Rs 400 crore, making it the second most expensive film in Asia (Asura, the Chinese epic fantasy, is the costliest Asian film). 2.0 will hit the screens on January 25, 2018.
Indian express
270 Views
Share this on

How To Satisfy Your Wife